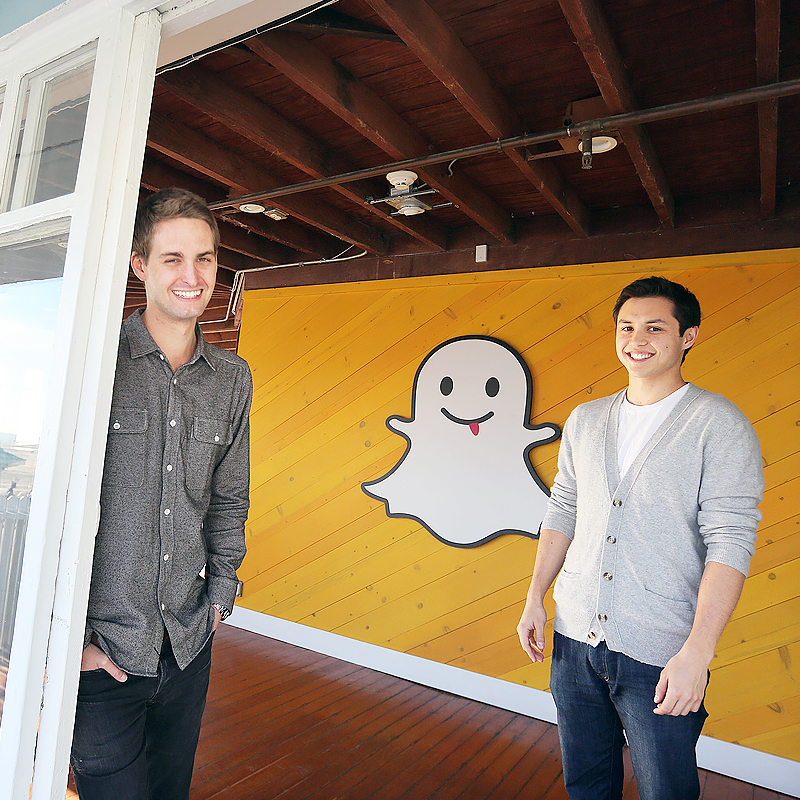 Snapchat was created by a trio of Stanford University students in 2011, and it quickly disrupted the industry of multimedia messages and content sharing. Retrospectively, we can see that Snapchat’s ascension was based on three marketing pillars: target audience fitting, focus on engagement, and a word of mouth growth engine. Most of Snapchat's growth hacks have flowed organically from those strategies, such as target audience pivot, a sense of security, social obligation, FOMO (fear of missing out), one-to-one communication at scale, instant onboarding.

In early 2011, Reggie Brown brought the idea for a “disappearing pictures” app to Evan Spiegel because Spiegel had prior business experience (a year before this, he launched a failed startup called Future Freshman, providing students and parents with valuable advice about the college application process). Spiegel presented its first incarnation as part of a project for his product design class. 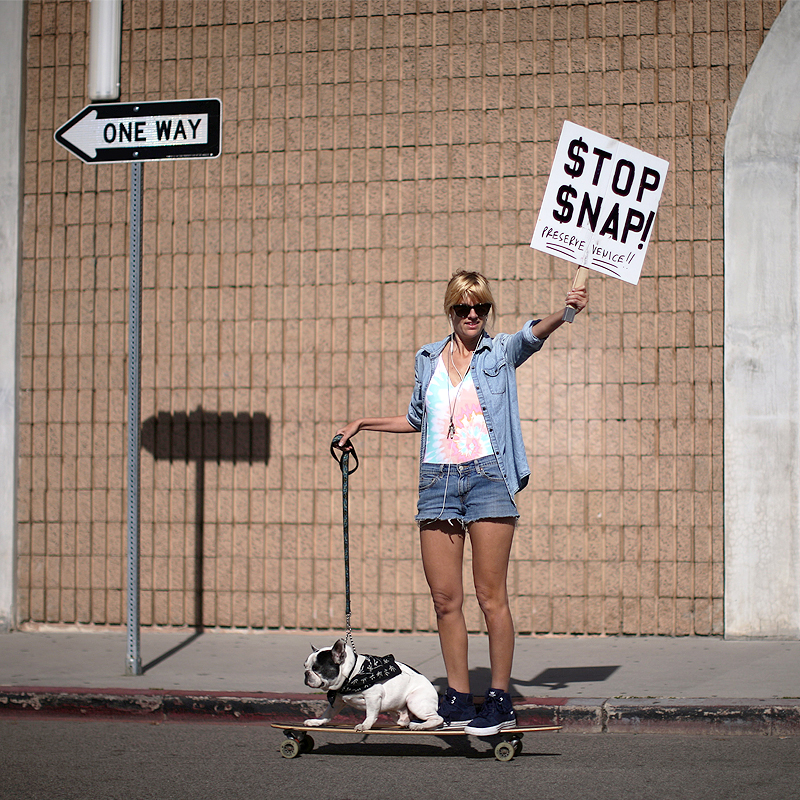 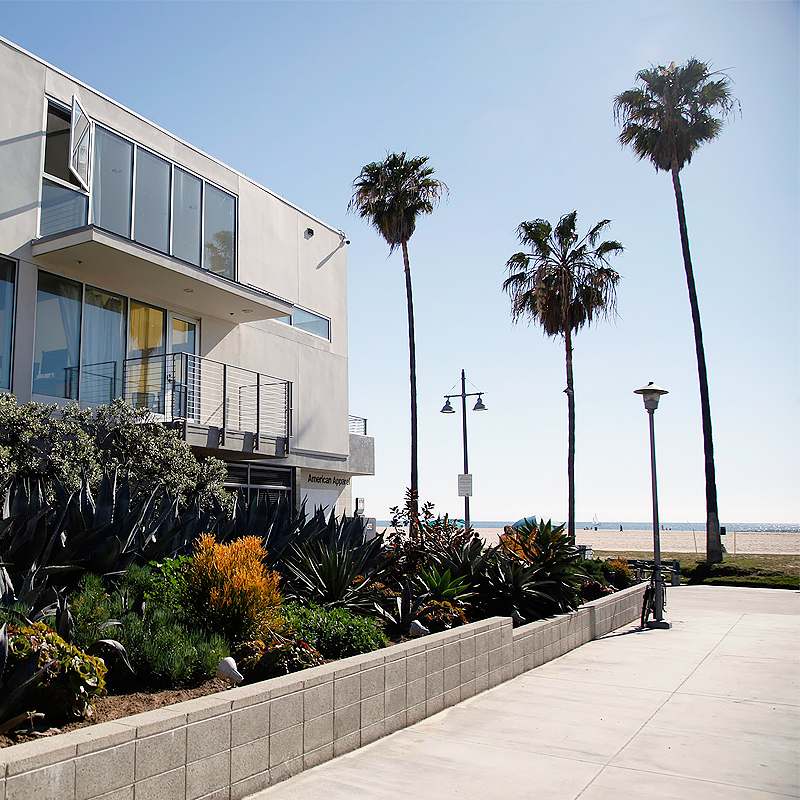 Unexpectedly, the project didn't go over well at Stanford, and many students mocked the concept, but Spiegel didn't give up in the face of criticism. Brown and Spiegel instead pulled in Bobby Murphy, who had coding experience. The three worked closely together for several months, and on July 8, 2011, launched Snapchat as "Picaboo" on iOS. The app was primarily for making a photo (the ability to send video snaps appeared a year later), which can be edited to include filters and effects, text captions, and drawings and sent privately to selected contacts, or a semi-public "Story." There was also a much larger public story called "Our Story."

Mere months after the release the company received a cease-and-desist letter from the photo book company with the same name ("Picaboo"), so the guys had to rebrand their app as Snapchat. At the same time, Reggie Brown - beyond the idea, he designed the famous mascot "Ghostface Chillah" - was ousted from the company. He initiated a lawsuit against the company a year after rebranding. Snapchat has since settled the lawsuit in 2014 for $157.5 million.

Moreover, along with those issues appeared the guys faced the fact that their app had no real traction and popularity among millennials they tried to attract. Initially, they introduced the app only to a few friends and family, then they moved to their Stanford University community, and finally even tried to pitch it directly to the people in their city. 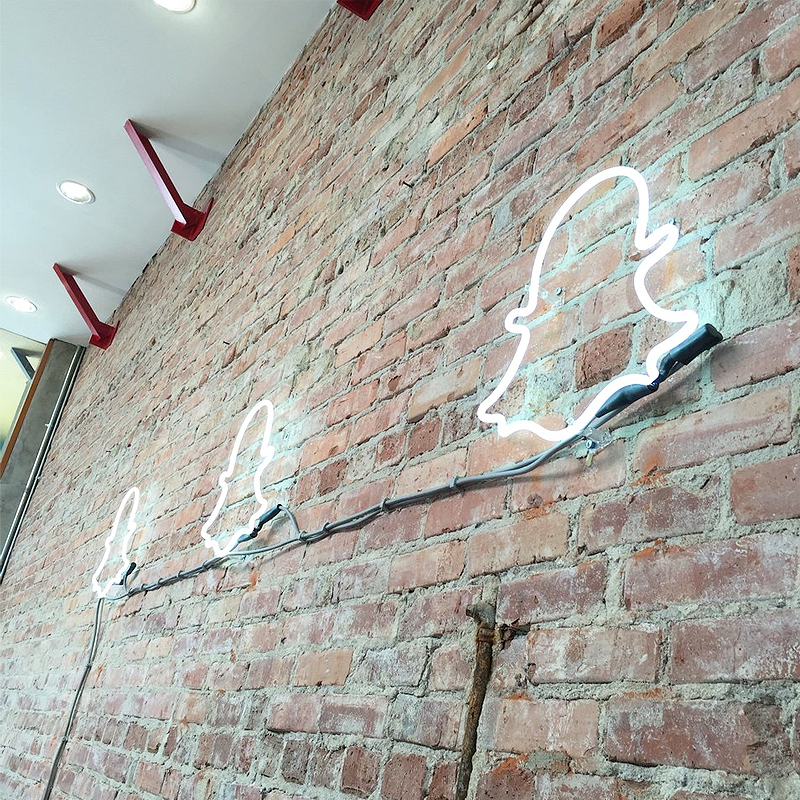 Having the MVP (Minimal Viable Product) running, they tried a lot of channels and instruments to get users. They showed the app to people one on one, giving tutorials, explaining why it was fun, even downloading the app for them. They went to shopping malls to hand out flyers advertising Snapchat to passersby, saying things like “Hey, would you like to send a disappearing picture?” They tried to reach journalists to get some coverage. Brown even toyed with positioning the app as a sexting tool. “Picaboo lets you and your boyfriend send photos for peeks and not keeps!” reads a draft of a press release he wrote. Unfortunately, nothing worked. By the end of summer 2011, Picaboo had only 127 users.

Finally, as it happens, luck came to their rescue. It turned out that Spiegel's mother had told his cousin who was in school about this app who later showed it to his classmates. The app became an instant hit and rapidly spread throughout Southern California. By early 2012, it's active user base had increased to 30,000. The guys swiftly got the hint and pivoted the app to Generation Z teens. Since that key discovery, teenagers have been Snapchat’s core user base. All of their further decisions were rooted from this target audience refocus. 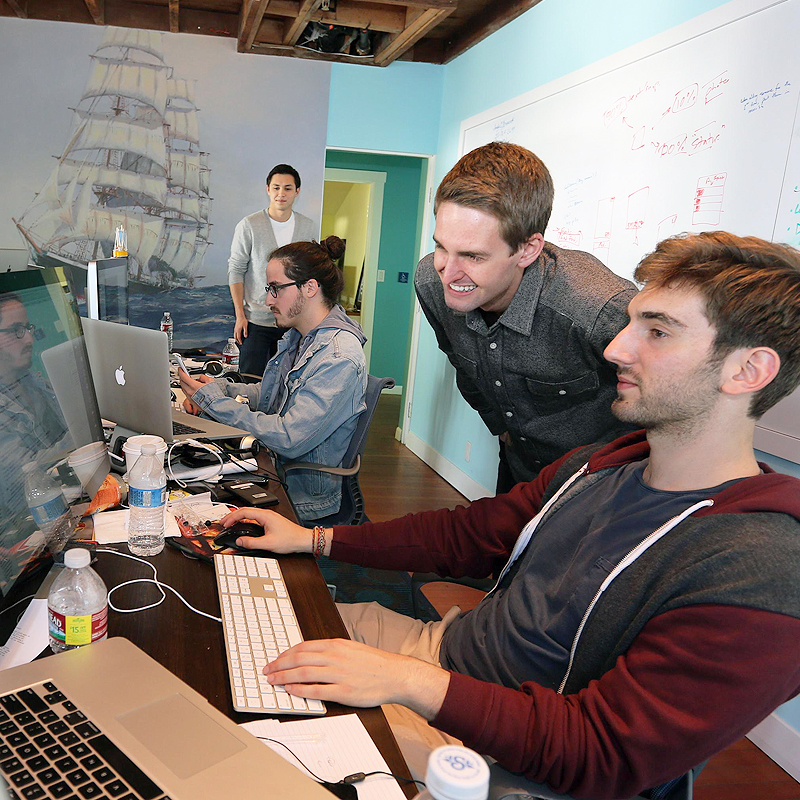 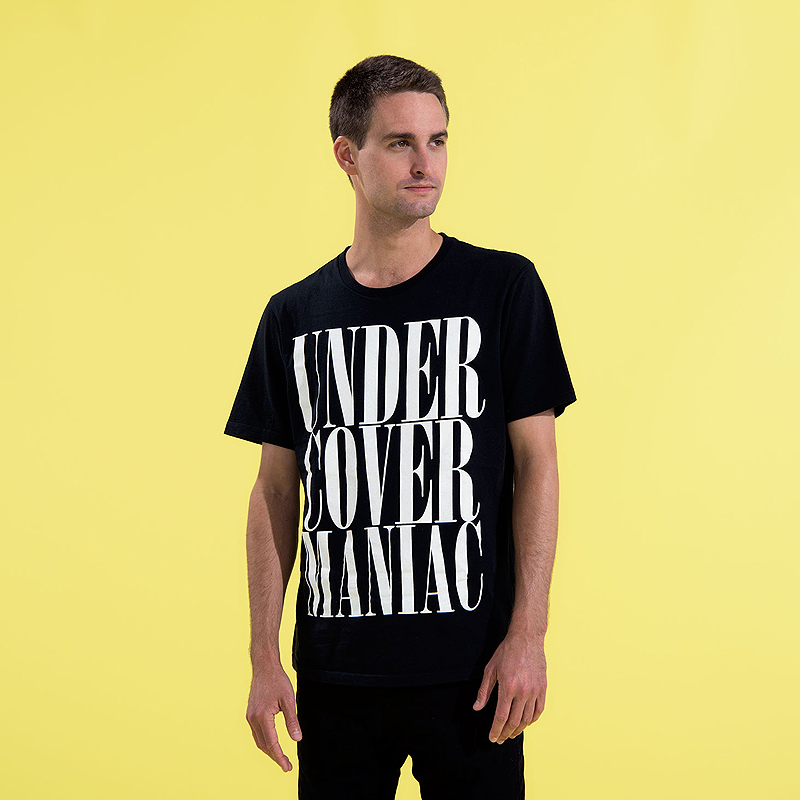 First came a friction-free creation growth hack embedded into the product that favored teens because of their natural impatience. After launching the app, the camera was immediately activated, encouraging instant photo-capturing. Traditional photo-sharing apps like Instagram opened a feed to consume media, requiring an additional tap to create. Beyond that, disappearing photos mean less digital clutter, removing the cognitive overhead of dealing with them and saving memory on phones. Those may appear like minor inconveniences, but in reality, even the slightest friction can have a large impact on teenage audience.

Second came a sense of security growth hack. It was a pure marketing feature that made it seem like nothing would be permanent on Snapchat. Even their positioning slogan was “On Snapchat, nothing is permanent.” Of course, that was not true, but that was positioned as a core feature until 2014 when FDA (Federal Trade Commission) prohibited Snapchat to "misrepresent the extent to which it maintains the privacy, security, or confidentiality of users' information." It’s no surprise that in the early days the app was known mostly by webcam models (aka amateur porn stars) and teens who didn’t want to be caught using the same social network as their parents (Facebook aka “Evil Corp” for Gen Z) to sext/text each other. 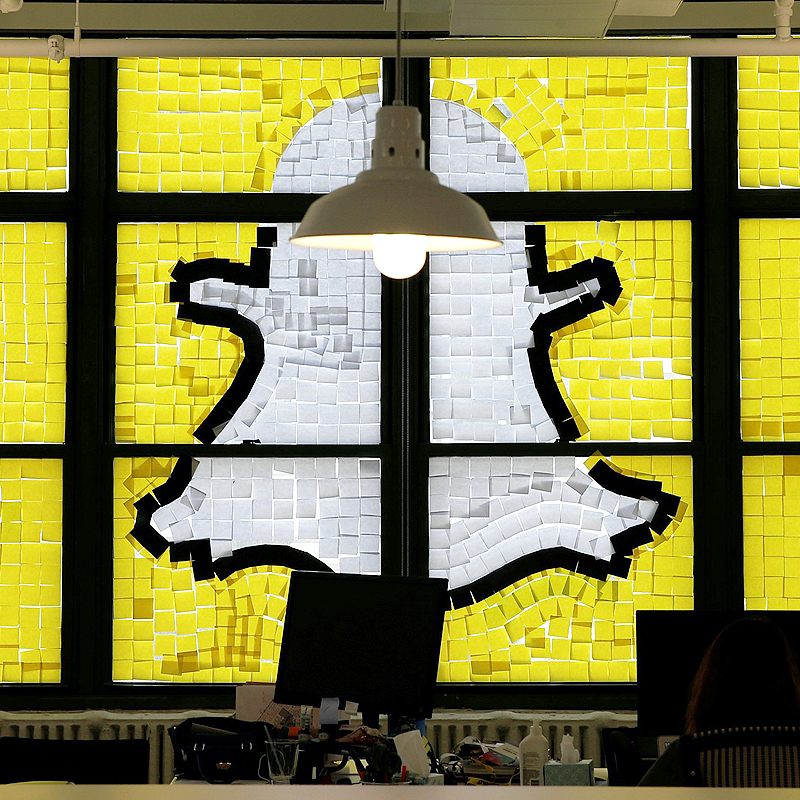 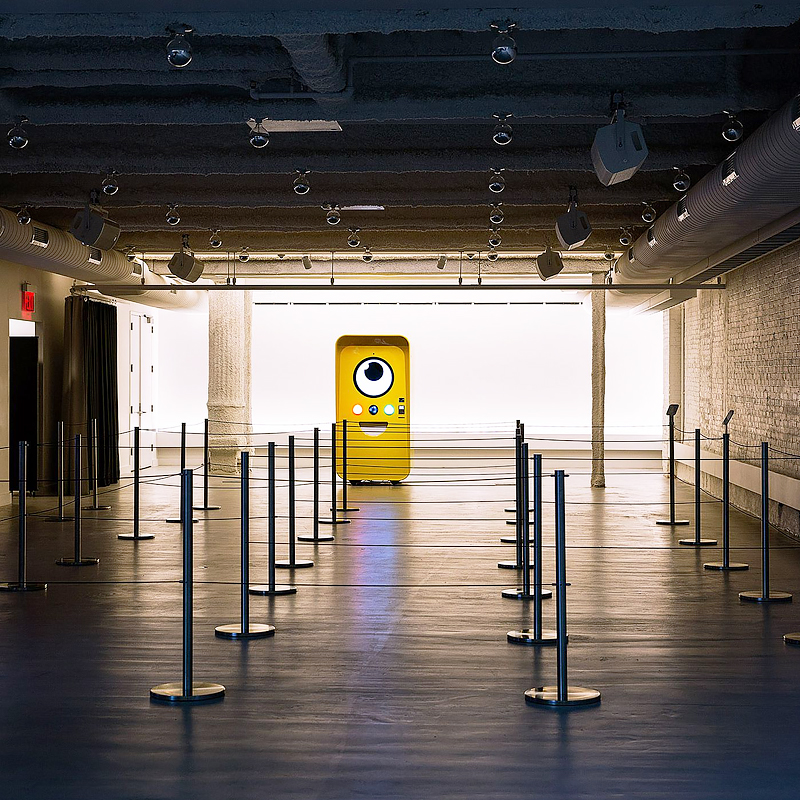 Third, came a social obligation growth hack. The team embedded read-receipts: each snap would include a read-receipt, informing senders that their message was viewed. This subtle indicator has significant impact on the dynamics of these interactions, creating a social obligation for recipients to reply quickly especially for teens. That read-receipt subconsciously turns a simple question “Did you get my message?” into a commodity: “do you respect me?” and ”are you ok with me?”

Fourthly, FOMO (fear of missing out) growth hack clicked with the school students organically as well, working particularly well on girls in schools who are constantly on their phones. All core features of Snapchat have enhanced everyone's FOMO: 10-second maximum snaps leaving friends craving more to know what is happening in your snap, a 24 hour storyboard, meaning friends can replay stories over and over but only for the next 24 hours, and location stickers that communicate jealous “jet set” lifestyle, even if it's just down the road. 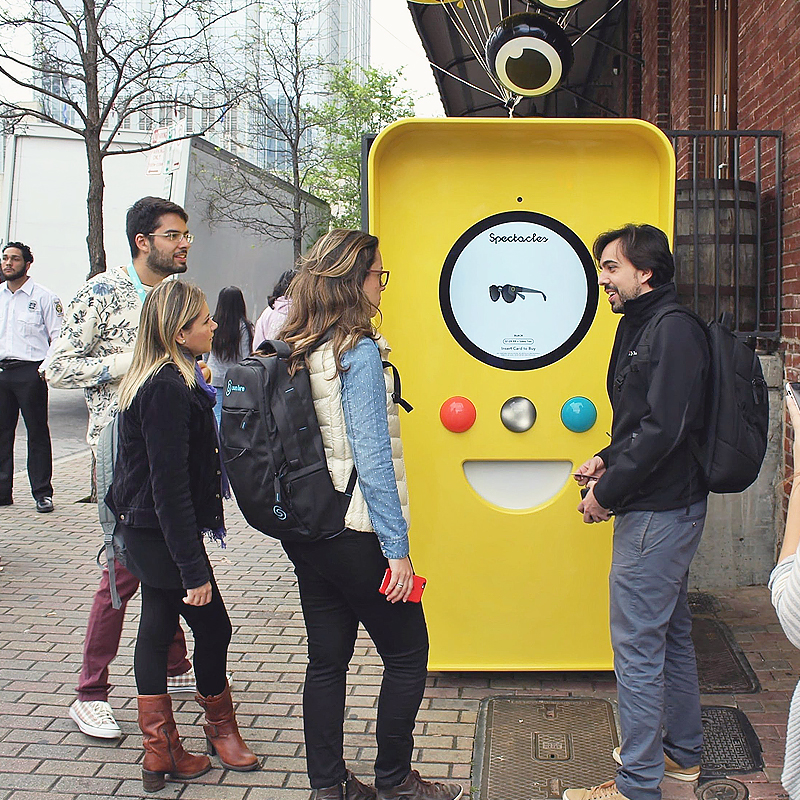 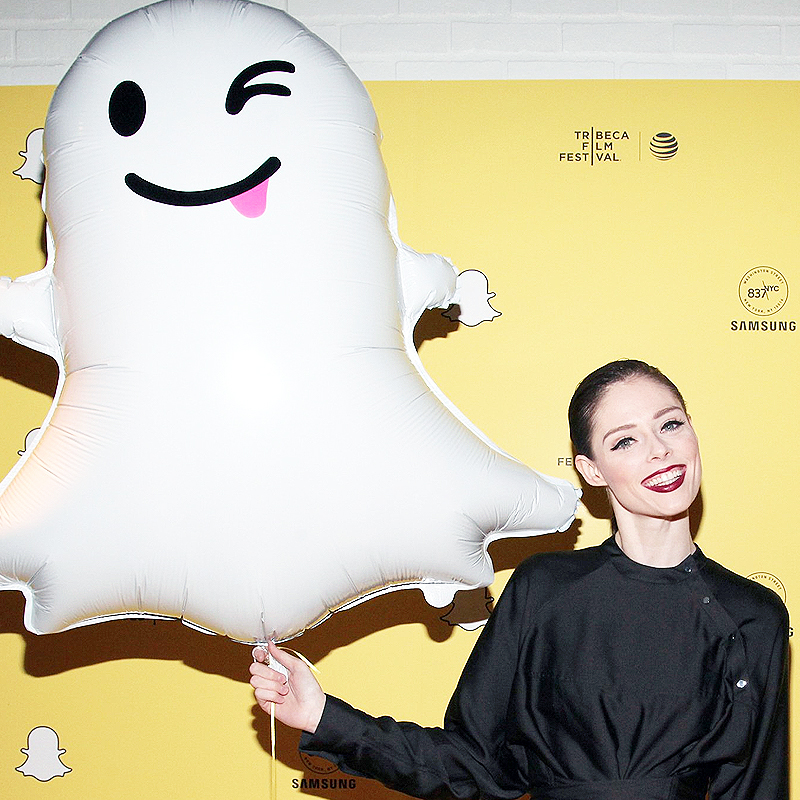 That growth hack combo led to higher response rates and more expedient replies, increasing usage in schools. During the school year that social obligation feature even displaced sexting. By that time 80% of Snaps were sent during the day (the school day specifically), suggesting that they were less about sex.

At the same time, the guys embedded a viral growth engine right into the product. I’m speaking of their fifth growth hack: one-to-one communication at scale. Group messaging and social network “feeds” are channels for one-to-many communication. These messages are implicit broadcasts, not directed to specific individuals unless mentioned. In turn, consumers of the message have no obligation to respond and in some cases, may be hesitant to reply in a public forum.

After crafting a message, Snapchat users must select who to send it to;they get the option to submit it to one or many individuals, yet recipients can’t discern whether a message was sent to just them or several people. And this is the growth hack of Snapchat. It enables a single message to have a broad reach while maintaining the intimacy of one-to-one communications, which leads to a higher volume of outgoing messages and increased response rates as users feel obligated to return the favor. 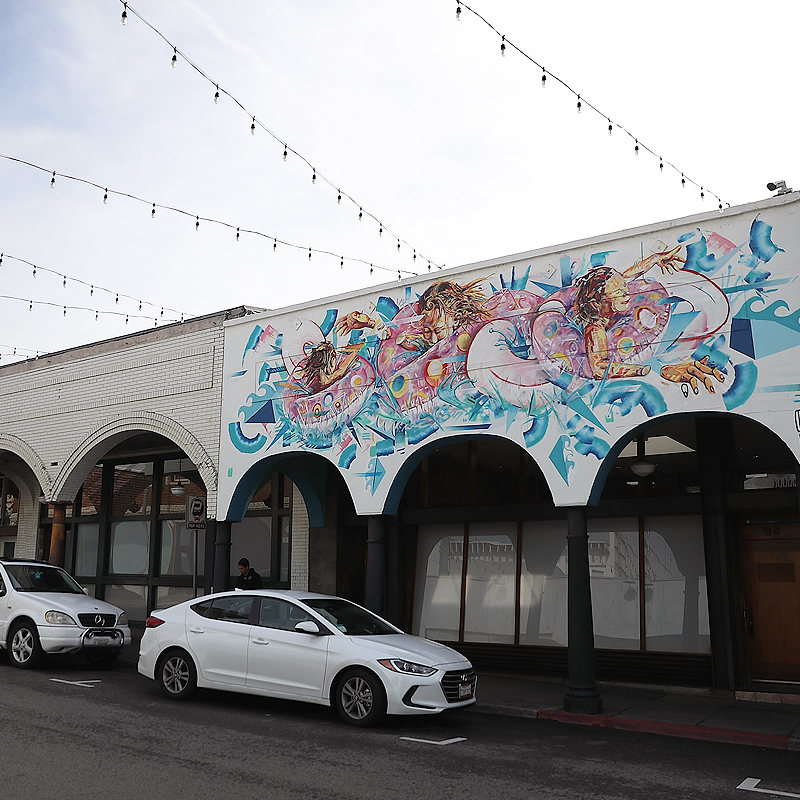 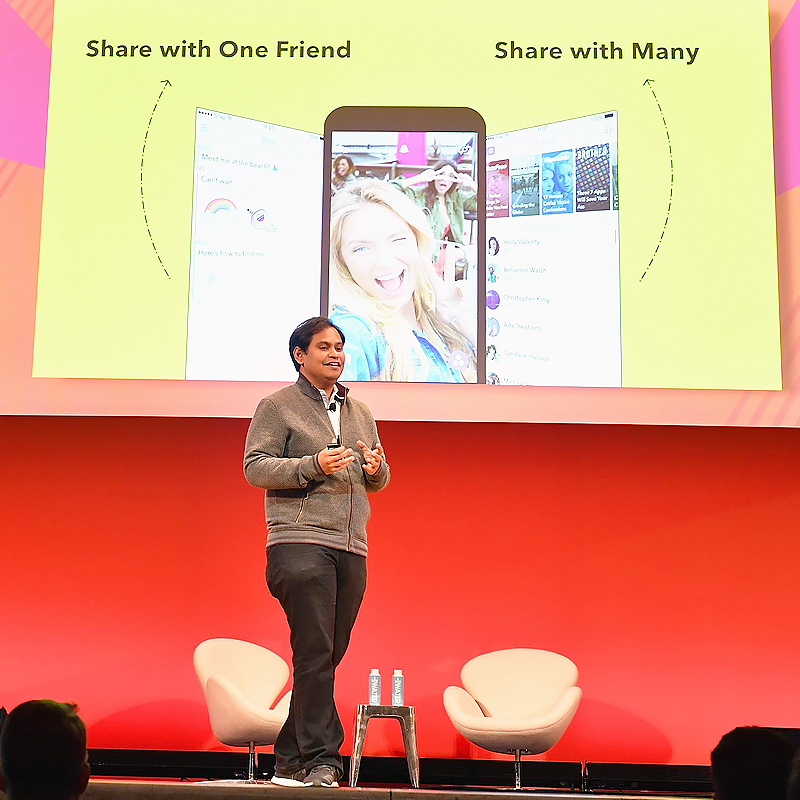 Using the teenagers’ extended curiosity along with the scaled one-to-one concept added fuel to the viral growth of the Snapchat. Most teenagers learned about Snapchat before ever having to download the app themselves) by seeing friends use it or even taking part in the experience by jumping in for group selfies. The app’s usage reflects the way high school works, and the group behaviors that are well-established with teenagers. Just the term “group selfies” prompts conversation. Thus, the app entitles groups to gather around a phone to view a Snap before it disappears. In 2012, 30% of Snaps were sent to groups.

This popularity and word of mouth between teens was an integral part of Snapchat’s growth not only within peer groups, but also with its original users’ parents. As kids moved to Snapchat, their parents quickly followed, and the service became a way for teens to communicate with their parents too. Since 2012 Snapchat’s growth channels have been comprised word of mouth (68%), invites (19%), and press (9%).

In the beginning of 2012, to manage all this growth hacks and keep the focus on the target audience, Snapchat hired a community marketing manager, their first employee, and by October of that year, the user base had increased to 1,000,000 and the app processed over 231 photos shared per second. 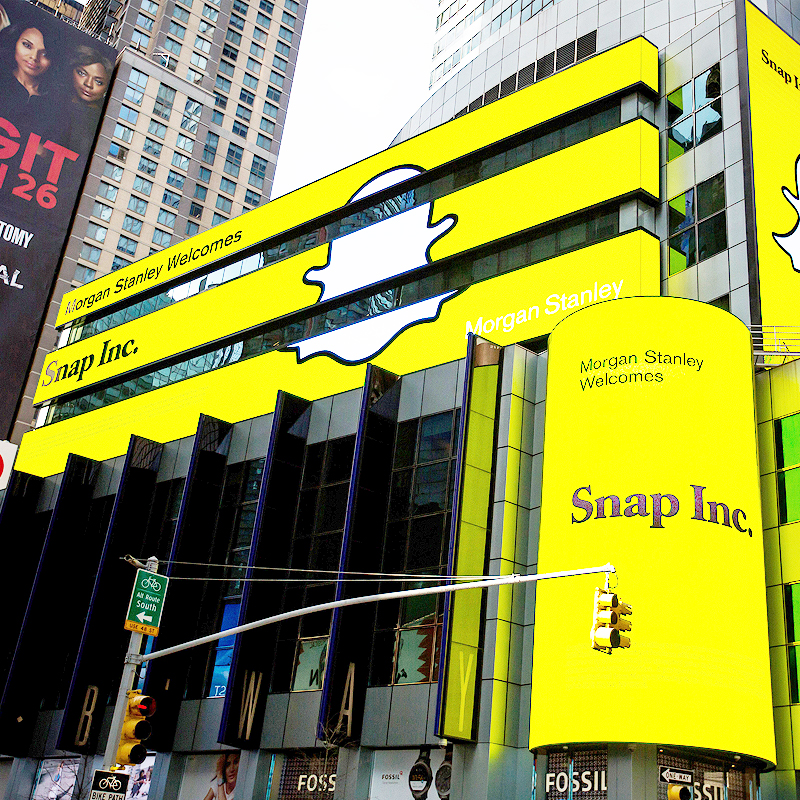